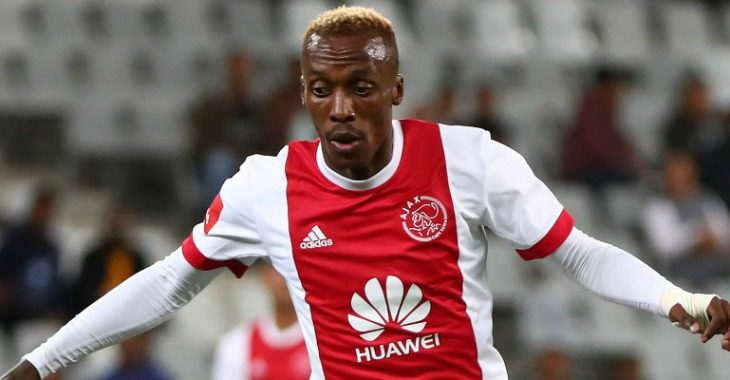 Ajax Cape Town were made to rue a catalogue of chances as they were held to a goalless stalemate by Free State Stars in an Absa Premiership fixture at Cape Town Stadium on Friday evening.

The Urban Warriors dominated ball possession on a windy evening in the Mother City, but were unable to find the back of the net as both teams ultimately settled for a point apiece.

Muhsin Ertugral’s troops started the more positive of the two side’s as Tercious Malepe fired in a rasping shot at goal on 12 minutes. Ali Sangare, though, was up to the task.

Yannick Zakri, on debut for the hosts, was a joy to watch throughout the encounter and the Ivory Coast international went close to finding the opener just short of the half-hour mark.

Having beaten the goalkeeper to the ball, the attacker was only denied by Rooi Mahamutsa who cleared from danger.

Chances at goal were at a premium for the remainder of the stanza with the two teams deadlocked at 0-0 when the referee blew his whistle for half-time.

Free State Stars registered the first shot in anger following the break as Brandon Petersen denied Nyiko Mobbie with a diving save.

Former Ajax Cape Town man Nhlanhla Vilakazi was then unlucky to see his curling effort canon off the woodwork and out of danger in the 76th minute, with Petersen well beaten.

This breathed life into the hosts who dominated the remainder of the clash with Zakri and Fagrie Lakay a constant threat in attack.

Roscoe Pietersen went close for the home side in the 89th minute as his free-kick bounced narrowly wide of goal, as the Urban Warriors surged forward in search of all three points.

Lakay then had a chance to win it for the Urban Warriors in stoppage time, but having lost his marker on the edge of the area he could only succeed in sending his shot off target.

In the end it was not to be for the hosts as they now set their sights on a must win encounter against Orlando Pirates this coming Wednesday.