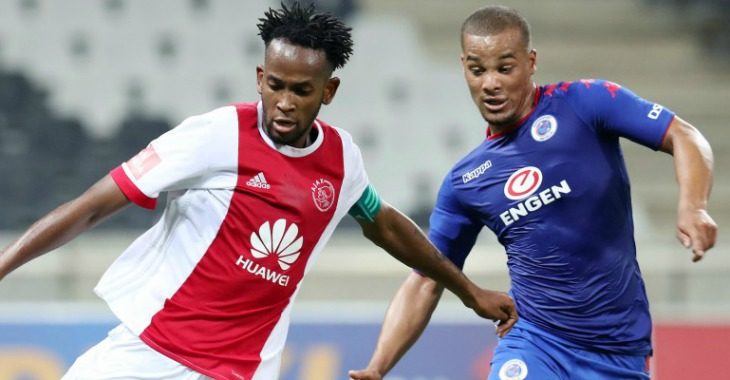 Ajax Cape Town will play host to SuperSport United in an Absa Premiership fixture at Athlone Stadium on Wednesday the 28th of February, and not at Cape Town Stadium as previously announced. Kick-off is at 19h30 CAT.

Tickets are already on sale at all Computicket outlets!

The Urban Warriors suffered a 1-0 defeat in the reverse fixture last year with Aubrey Modiba netting the only goal of the game at the Mbombela Stadium in Nelspruit.

The game will be one of three league matches for Muhsin Ertugral’s troops within the space of a week. Matsatsantsa’s visit is preceded by a trip to KwaMashu for a clash against Golden Arrows with an away match at Bloemfontein Celtic to follow after our game in Athlone.

Ajax Cape Town have played in Athlone on two occasions this season with a 2-1 victory over Bloemfontein Celtic followed by a 2-2 draw against AmaZulu.