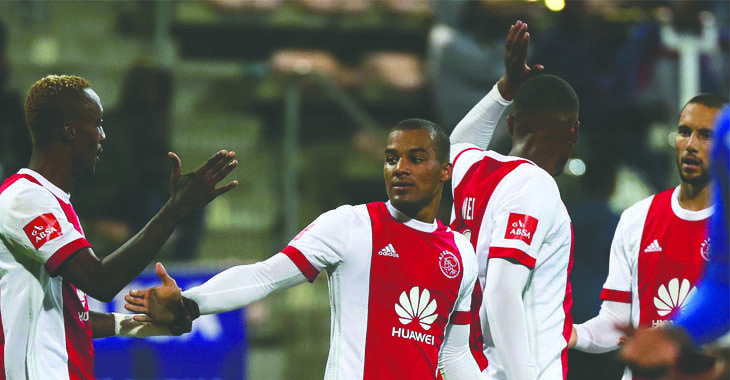 Fagrie Lakay and Mario Booysen found the back of the net for Ajax Cape Town as they claimed a 2-0 win over SuperSport United in an Absa Premiership clash at Athlone Stadium on Wednesday evening.

The Urban Warriors started the encounter like a house on fire and were only denied the opener by the woodwork in the 10th minute. Ronwen Williams had already been called into action on two occasions before Toriq Losper watched his shot from an acute angle canon off the post and out of danger.

Yannick Zakri, back from injury, caused all sorts of havoc and went close to capping his return with a goal in the 33rd minute. Mosa Lebusa with the pin-point cross for the Ivorian who could only succeed in guiding his header wide of goal.

Ajax Cape Town were almost made to rue their missed chances as Thabo Mnyamane came close to scoring on the cusp of half-time. Lebusa, though, was well positioned to deny the Matsatsantsa forward from point-blank range.

The Urban Warriors duly opened the scoring five minutes into the second stanza as Lakay latched onto a precise through ball from Toriq Losper.

The hosts continued to dominate proceedings and doubled their lead in the 77th minute as Booysen tapped in from close range. Ronwen Williams failed to gather Rodrick Kabwe’s rasping cross and Booysen was on hand to take full advantage.

SuperSport pressed forward in the closing stages, but Ajax Cape Town held firm for a much needed win.