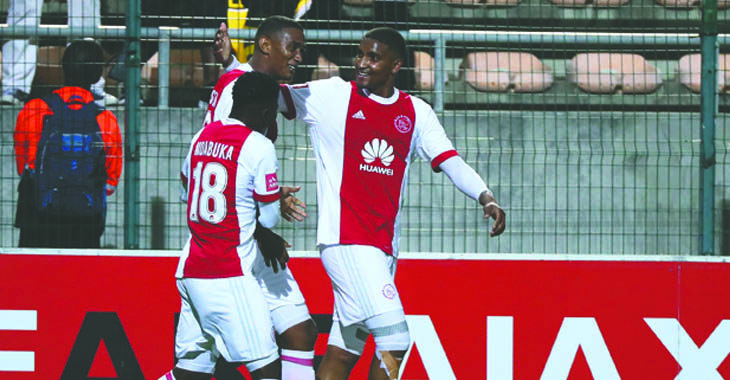 Ajax Cape Town head coach Muhsin Ertugral expressed his delight at the impact made by midfielder Morne Nel on debut in the club’s 2-0 win over SuperSport United on Wednesday evening.

The 21-year-old started from the onset as the Urban Warriors returned to winning ways in the Absa Premiership with goals from Fagrie Lakay and Mario Booysen leading the club to all three points.

Nel recently returned to full fitness following a long injury lay-off and having impressed in the club’s 1-0 win over Mamelodi Sundowns in the MultiChoice Diski Challenge, Ertugral drafted the towering midfielder into his starting 11 for a crucial top-flight clash against Matsatsantsa.

“Everyone was saying he might struggle over 90 minutes because of his injury, but for me, he knows when to go in,” Ertugral said.

“Over the last 20 minutes of the game we were talking about it, but he stood away from the problem areas – he was just covering, so that makes a quality player.

“He didn’t get into areas where he was at risk of injury or get tired, and he stayed well in the organisation pattern, so I was very pleased.”

Having impressed on his debut for the Urban Warriors, Nel will be aiming to a put in another solid shift as the club go in search of all three point at the Dr Molemela Stadium on Sunday. Kick-off in our clash against Bloemfontein Celtic is at 15h30 CAT.