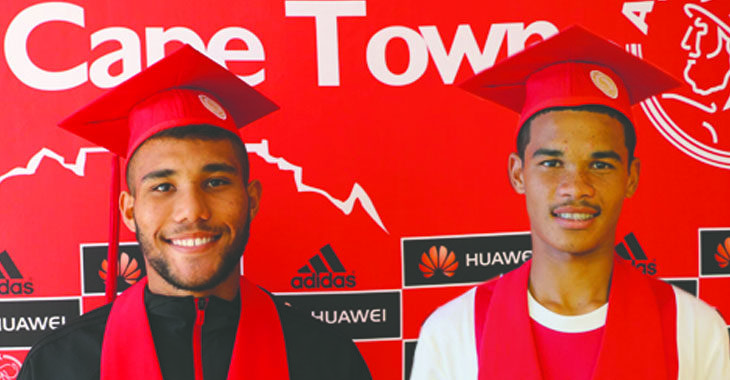 Keenan and Riyaaz join Zaakir Allie in signing their first professional contracts this month, with the trio to officially join the Urban Warriors First Team at the start of pre-season for the 2018-19 campaign.

Having joined the club’s youth structures in 2009 & 2011 respectively, Keenan and Riyaaz have risen through the ranks together and have this past season featured prominently for the club’s MultiChoice Diski Challenge and ABC Motsepe League teams.

Keenan is a centre-back my trade, while Riyaaz functions in midfield. The duo both hail from Cape Town with Keenan growing up in Grassy Park and Riyaaz in Bonteheuwel – home to both Grant Margeman and Mario Booysen.

Everyone at Ajax Cape Town would like to congratulate Keenan and Riyaaz and we are excited to watch them take the next step in their respective footballing careers.