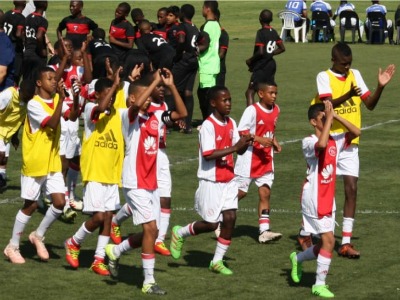 There were mixed results from our Youth Teams this weekend as Ajax Cape Town Youth teams were hosting Ubuntu FC at Ikamva on Saturday the 16th of March 2019.

It was a great start to the morning as Ajax U12 beat Ubuntu FC 3-0.

Our U18 Team had to settle for a 1-1 draw in the last game of the afternoon to make it 1 win. A draw and 2 losses for our Youth Teams.

Far away from Ikamva our ABC Motsepe Team went down 5-2 to Zizwe United in a 15h00 kick-off game at Nyanga Stadium.

Next Fixture for our ABC Team: