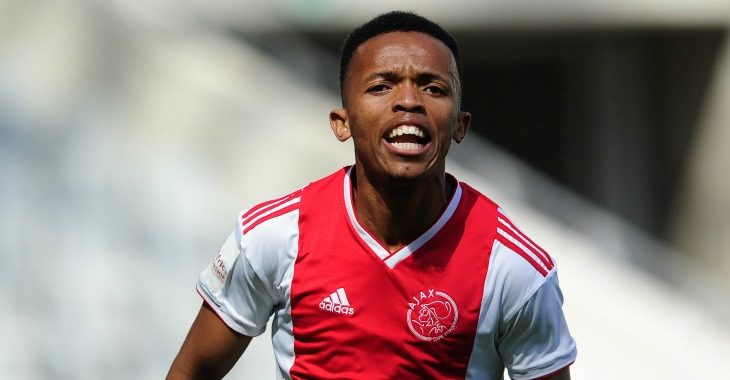 We caught up with GladAfrica Championship golden boot leader Abednigo Mosiatlhaga in build-up to this weekend’s home fixture at Cape Town Stadium.

The Urban Warriors will be eying a return to winning ways against TS Galaxy on Saturday following defeat to Cape Umoya United in Athlone last weekend.

Mosiatlhaga has scored 16 goals for Ajax Cape Town this season, but missed the club’s last few games due to injury. He is eyeing a return to action in the Mother City on Saturday and in build-up to the fixture we sat down with the league’s leading marksman.

Interviewer: Hi Abednigo, how are you doing?

Abednigo: I am feeling good brother, feeling strong, ready to get back!

Interviewer: You’ve been out for two games, Ajax have only managed one goal in those two games – what are your thoughts on this?

Abednigo: It’s not a lack of opportunity but a lack of conversion, but the boys have been pushing hard to get those chances and unfortunately there is luck involved in this game.

Interviewer: Have you been lucky this season to score so many goals?

Abednigo: I think there is a bit of luck but I must tell you the team must be given credit for all their effort, including the coaching staff. Myself and Thabo [Mosadi] benefit a lot from the attacking style of this team.

Interviewer: You talk about team, does this team have the same feel as Stellenbosch FC last year?

Abednigo: This is different, it’s good different. Ajax has a huge history behind it and a lot of young players want to start their career at this club so the first team can feel the pressure from the youth players. We are not just winning for us but we are also winning for them, the whole academy benefits.

Interviewer: Benefits in what way?

Abednigo: Every way really, financial, influence and reach. There really isn’t many clubs like Ajax in the country, people can say what they want and the club does have issues but what they are trying to do is help launch players to a new level. If I can be part of a first team that can help a new generation of footballers then that for me is a major achievement.

Interviewer: This is the second year in a row that you are pushing for promotion – with a different team nonetheless, how do you feel about that?

Abednigo: I was really excited to be in the Absa Premiership last year and I was confused how things unraveled because I think I did the hard work to be with a Premiership team, but I am the kind of person who looks for the lesson and I saw the Ajax opportunity to show my ability again and prove that I am on the level to compete in South Africa’s top division.

Interviewer: You’ve shown a lot of quality and a lot of eyes are now on you because of your consistency, what are your plans for the future?

Abednigo: Bruce ,our Chaplin at the club, always talks about consistency and I’ve seen what happens when the top goal scorers of the GladAfrica Championship move too quickly so I am looking to keep constant and I want to show loyalty to Ajax, but you obviously never know what happens, I didn’t think I would be in the second division again but here we are. Take it day by day.

Interviewer: Anything else you would like to add before we conclude the interview?

Abednigo: One thing I learned from last year is to take every moment in during this time, you get tunnel vision when all of this is happening. This is a message to the fans and the team. Enjoy these moments and focus on making them a positive memory to look back on when you are older, one day when you are sitting around your grandchildren talking about this moment, make sure it leaves a smile on your face.

Interviewer: Thank you for your time.