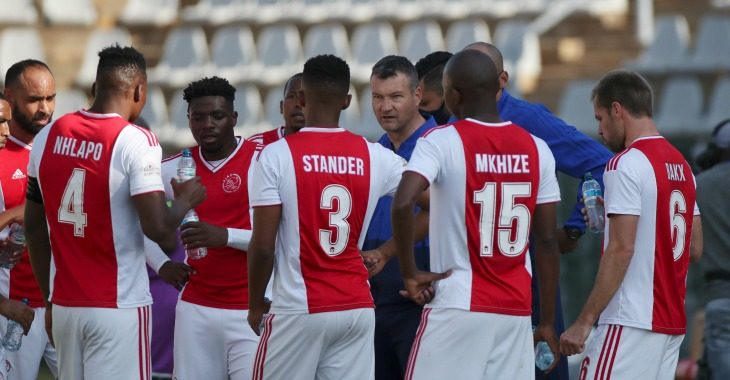 Ajax Cape Town will be aiming to build on their nine point lead atop the GladAfrica Championship standings with victory over Tshakhuma Tsha Madzivhandila at Sturrock Park on Saturday afternoon.

The Urban Warriors opened up a substantial gap atop the league standings following a 1-0 win over Richards Bay at Rand Stadium earlier this week. Abednego Mosiatlhaga’s 17th goal of the league season spearheaded the club to victory at what will be our home venue for the remainder of the season.

Head coach Calvin Marlin is happy with the way in which his team has coped with leading the way in the league and expects a tough game against a dangerous TTM unit.

“Being on top is always going to bring pressure, everyone wants to bring you down — that is normal but we have been on top for a while now and I think the guys have coped quite well with that,” said Marlin.

“The TTM game is important to us, consistency is important. We have set goals for ourselves as a team. If we win against TTM, good for us, we are closer to our goal.

“If you look at TTM’s results of late, they are playing confidently and they are in good form but we know what to expect from them,” he concluded.

Ajax Cape Town beat TTM 3-2 in the reverse fixture earlier this season thanks to goals from Junior Sibande, Grant Margeman and Eleazar Rodgers.