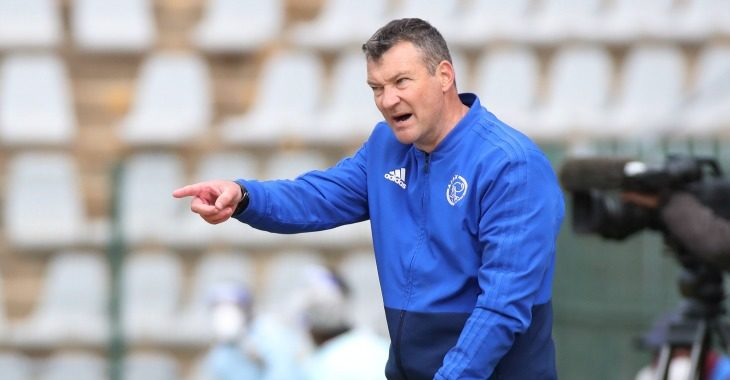 Automatic promotion to the Absa Premiership is still firmly in Ajax Cape Town’s hands despite back-to-back defeats in the GladAfrica Championship.

The Urban Warriors lost 1-0 to Swallows FC earlier this week in a top of the table clash. Defeat narrowed the club’s lead atop the standings to just three points with three league games remaining.

Next up for Calvin Marlin and his troops is a game against the University of Pretoria at Rand Stadium on Saturday. Kick-off is at 15h00 CAT.

“AmaTuks like to play football, they like to put the ball on the floor and take some risks. They have got nothing to lose, they enjoy their game. I think if we can learn from that and start to enjoy our football again, play as a team and build the confidence within the team — it is a good matchup,” said Marlin.

“It was a good match when we played them in the reverse fixture. We need to play more aggressive football, get over being nervous and start playing the football we’ve been playing the whole season and which got us in this position [at the top of the table].

“Obviously the guys are feeling a bit down after the loss and that is understandable. We just need to turn that mindset around. We’ve created good chances in the games we’ve played, but we have only one goal to show for our efforts in the bubble. We need to be more ruthless in front of goal and hopefully we will go out there and play football this weekend.

“We must focus on ourselves, once you start worrying about things that are out of your control you are just wasting energy. It is all there for us to grab still,” Marlin concluded.

Goals from Thendo Mukumela, Kegan Johannes and Abednigo Mosiatlhaga spearheaded Ajax Cape Town to a 3-1 win in the reverse fixture at Tuks Stadium earlier this season.