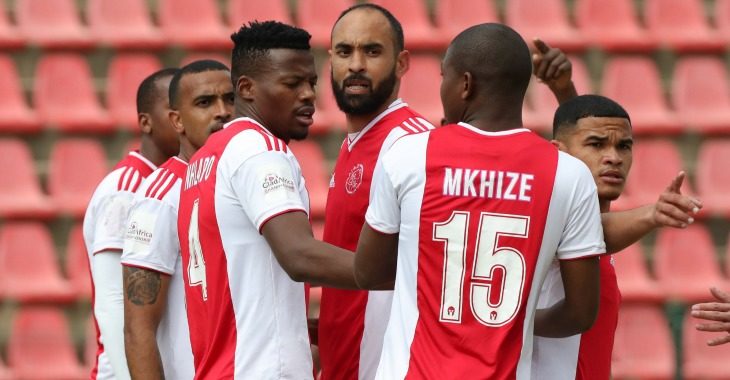 Ajax Cape Town will take on JDR Stars in the penultimate round of the 2019/20 GladAfrica Championship season on Wednesday afternoon. Kick-off at Rand Stadium is at 3:30pm CAT.

The Urban Warriors beat University of Pretoria 1-0 this past weekend thanks to a second half penalty from Siphesihle Mkhize to remain three points clear atop the league standings. Victory in midweek could confirm the club as league champions, depending on what happens in Swallows FC’s game away to Richards Bay FC at the same time.

Ajax Cape Town head coach Calvin Marlin was delighted to get back to winning ways in the league and is confident his team can come away with another positive result.

“The boys put in the effort that we asked for against AmaTuks. They did exactly what we asked them to do so we as a technical team are very happy from that point of view,” said Marlin. “Obviously we would’ve liked to have scored a few goals and not just the one because goal difference could come into play at the end of it.”

“Looking ahead to JDR, it will be a totally different game against a team who play in a totally different way. The boys are positive, but it is now just about educating ourselves about how we are going to beat them. Obviously the win [over the weekend] was massive for us to get the confidence back.”

“Three points in the next match is huge. If we slip up, it could come down to goal difference. This game could be the defining match of the season. It is still in our hands, we are still on target in terms of what we want to achieve from a points point of view.”

“The boys are in a good mood, it looks like we could welcome a few players back from injury. At least we are going into the game in a positive vibe,” he concluded.

A brace from Abednigo Mosiatlhaga spearheaded the Urban Warriors to a 2-0 win in the reverse fixture at Athlone Stadium earlier this season.