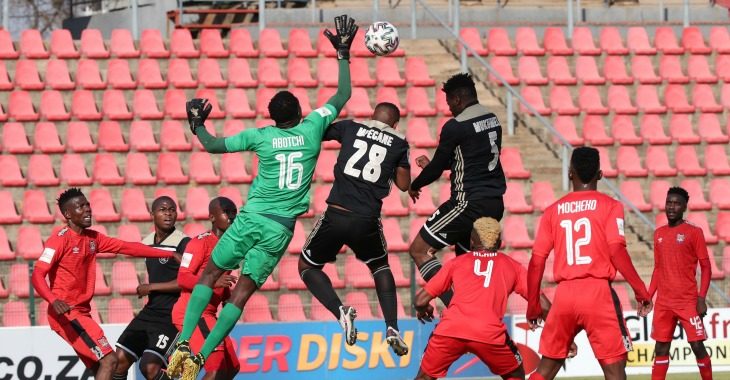 Ajax Cape Town’s hopes of winning the GladAfrica Championship and automatic promotion back to the Absa Premiership suffered a massive blow on Wednesday.

The Urban Warriors lost 2-1 to JDR Stars at Rand Stadium to fall down to second place on the log standings, level on points with Swallows FC but behind the Soweto club on goal difference.

Tshepo Matsemela scored a second half brace for Stars following a goalless first-half in which Sonwabile Mfecane conjured the best chance for the Cape club. Cohen Stander picked out the young striker who could only manage to guide his resulting attempt inches wide of goal.

Matsemela’s first goal came with 50 minutes on the clock following a quick counter-attack in which the Urban Warriors were found wanting at the back. His second nine minutes later came in a similar fashion following another rapid break.

Ajax Cape Town pushed forward in search of a goal, but struggled to find a way past the red wall parked deep inside their own half. Eleazar Rodgers halved the deficit with a powerful header from a Thabo Mosadi cross in the first minute of stoppage-time but it proved too little too late.

Next up for Calvin Marlin and his troops is a match against Mbombela United at Rand Stadium on Sunday.