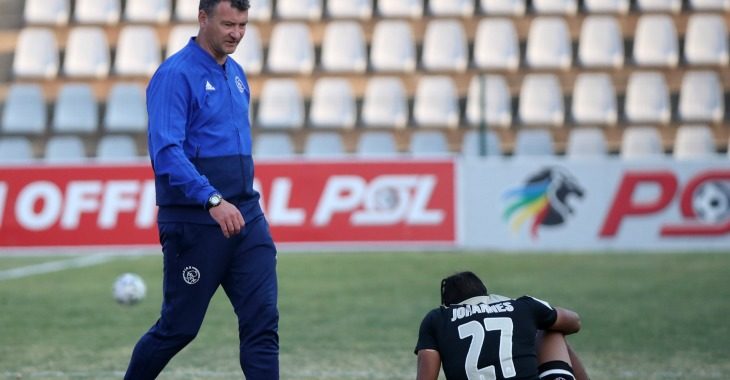 Ajax Cape Town will have one last chance to win the 2019/20 GladAfrica Championship title and automatic promotion back to the Absa Premiership in the final round of fixtures on Sunday. Kick-off is at 13h30 CAT.

The Urban Warriors head into their final match of the season against Mbombela United at Rand Stadium in second place on the log standings, level on points with Swallows FC but tralining the league leaders on goal difference.

Ajax Cape Town need to outscore the Dube Birds who take on third-placed Tshakhuma Tsha Madzivhandila at the same time in Tembisa to win a first league title.

“Our inability to score has been detrimental,” said Ajax Cape Town head coach Calvin Marlin on Thursday. “I have tried to show the boys the chances that we have created week in and week out but just don’t take them. We then concede silly goals.

“We’ve only conceded eight in the last 10 games, which is good considering the way we were conceding at the beginning of the season. So, it’s like when we closed the back, we shut the front too somehow.

“There’s a lot we have to play for. To throw away what we’ve done this season would be ridiculous. I’m trying to keep them motivated, keep them in the hunt because it’s not over yet… not by a long shot. I mean, if we win our game by just one more goal than Swallows do in theirs then we are still good.

“We are obviously down but we can’t keep looking over our shoulder, we have to look forward and now we have to find a way to find goals,” he concluded.

The reverse fixture at Kanyamazane Stadium twelve months ago ended in a 1-1 draw. Rodrick Kabwe opened the scoring for the visitors before Felix Badenhorst’s equaliser.