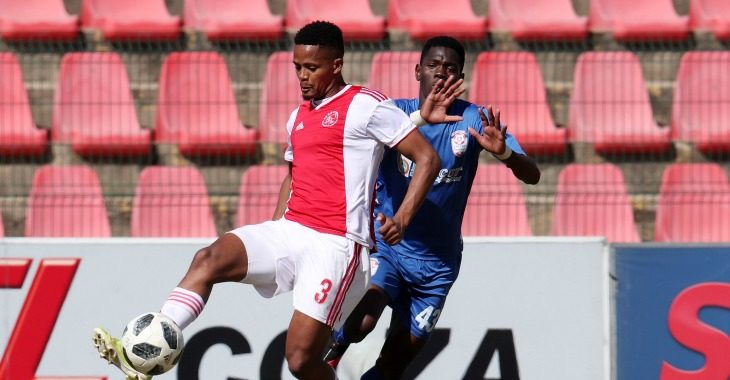 Ajax Cape Town fell agonisingly short of GladAfrica Championship glory, missing out on the league title on goal difference despite a 3-0 win over Mbombela United at Rand Stadium on Sunday.

The Urban Warriors finish the season level on points with Swallows FC, but behind the Soweto club on goal difference.

Sonwabile Mfecane, Eleazar Rodgers and Abednigo Mosiatlhaga found the back of the net for the Cape club with the latter having claimed the golden boot award for his 18 goals this season.

Ajax Cape Town will now ready themselves for the Premier Soccer League’s promotion / relegation playoffs which will commence in Gauteng next month.

The Urban Warriors will face Tshakhuma Tsha Madzivhandila and the 15th place finisher in the Absa Premiership in a mini-league tournament with the top placed team after six matches to book their place in South Africa’s top division for the 2020/21 season.

The playoffs will officially get underway on the 6th of September.