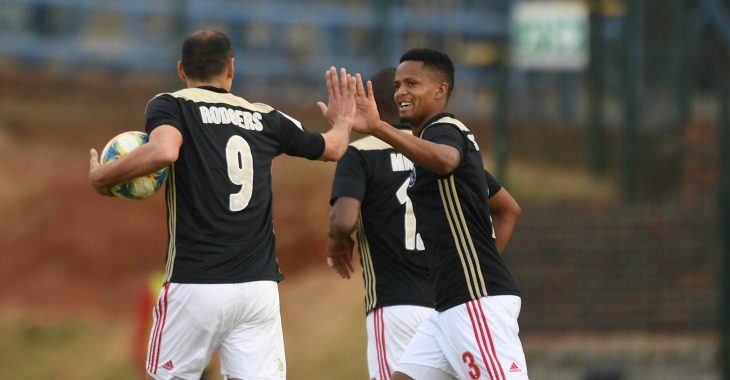 TTM took a 1-0 lead into the half-time break, but the Urban Warriors emerged from the tunnel a different team and romped to a four-goal lead in the space of 20 thrilling second-half minutes.

The Limpopo club took an early lead through Thembisani Nevhulamba after 11 minutes. Junior Sibande’s attempted clearance fell at the feet of the TTM forward who made no mistake to net his third goal in as many matches.

TTM came close to doubling their lead in the 42nd minute as Rodrick Kabwe coughed up the ball in a dangerous position. Modibedi Mokoena had Nick Hengelman beaten but not the woodwork.

The Urban Warriors levelled matters two minutes after the interval as Siphesihle Mkhize prodded home from close range following a mad scramble in the penalty box.

Rodgers and Cohen Stander then combined for two goals in three minutes before Chumani Butsaka fired home the fourth from a Dale Wakefield cross.

Ajax Cape Town’s fifth goal came from the penalty spot following a handball in the area. Rodgers stepped up and made no mistake to complete his hat-trick as the Cape club now look forward to a crucial showdown against Black Leopards at Rand Stadium on Friday.