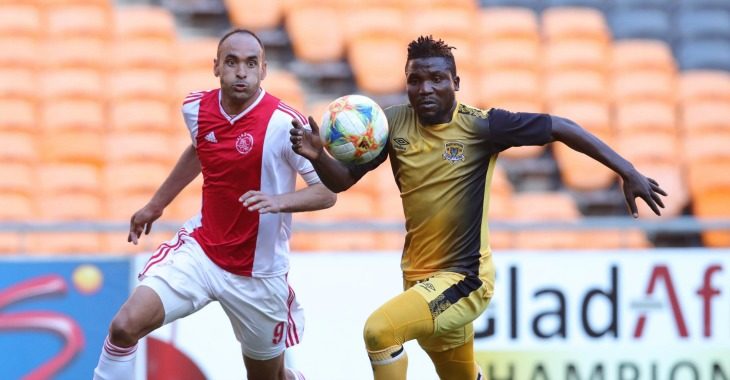 The Urban Warriors head into the match on the back of a 5-1 win over Tshakhuma Tsha Madzivhandila at Bidvest Stadium earlier this week. Siphesihle Mkhize, Chumani Butsaka and Eleazar Rodgers (three) were all on target for the Cape club in a thrilling 18-minute second-half spell.

“Very frustrating first 45 minutes, couple of changes and you can see how the boys came out firing after the break — partly due to a bit of a bollocking in the changing room at half-time to get them going. We were a bit nervous in the first half for some reason but in the second we played with very little fear and you could see the difference,” said head coach Calvin Marlin in reflection of the clash.

“The amount of chances we’ve missed in recent weeks, we could’ve scored 100 goals this season. I said to the players that we will give a team five goals sooner rather than later and it happened.”

He added: “The guys are in good spirits. You can’t compare one game to another but I hope we go out there [on Friday] and get off to a good start compared to the poor start to games we’ve been having. Hopefully we can get goals early and see out the game — that is the ideal situation — but football isn’t like that.”

“The boys are positive and we just want to leave everything out there on the field. One more game, what happens in the last game [of the play-offs on Monday] is out of our hands. If we can do our job properly, win the game, then whatever happens, happens.”

“It is all up to us now to hopefully beat Leopards by a good margin because that is what it will come down to at the end of the day. The players know what they are playing for,” he concluded.

Black Leopards won the reverse fixture 1-0 thanks to a solitary strike from Mwape Musonda.