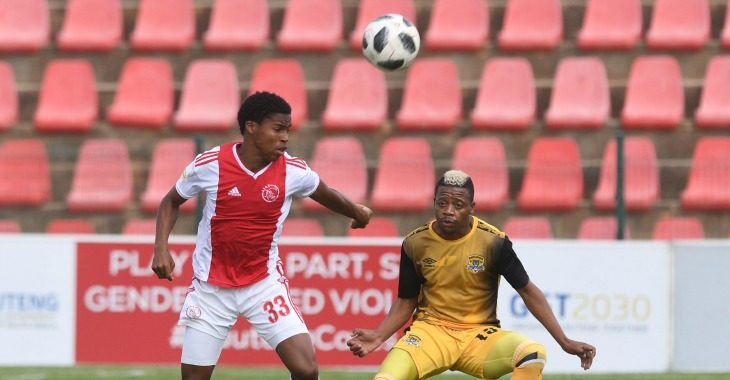 Black Leopards will play in South Africa’s top division next season following a 2-0 win over Ajax Cape Town at Rand Stadium on Friday.

Goals from Isaac Masia and Mwape Musonda spearheaded Lidoda Duvha to victory and an unassailable lead atop the Premier Soccer League (PSL) promotion/ relegation play-offs table with a game to spare.

The Limpopo club opened the scoring after 14 minutes as Masia nodded home from a corner-kick and Leopards carried that advantage into the half-time break.

As has been the case for most of the season, Ajax Cape Town improved after the interval and the Urban Warriors came close to levelling matters in the 50th minute as King Ndlovu was called into action. The Lidoda Duvha shot-stopper pulled off a spectacular save to deny Chumani Butsaka before diving to his left once more to keep out Khaya Mfecance’s shot from range.

The hosts continued to dominate proceedings but were finding Leopards increasingly difficult to break down and with numbers committed forward on attack, the Limpopo club pounced to double their lead in the 79th minute as Musonda fired home for his third goal of the play-offs.

The goal sucked all the life out of the Urban Warriors as they missed out on another opportunity to win promotion back to the Premiership, having missed out on the GladAfrica Championship title on goal difference.