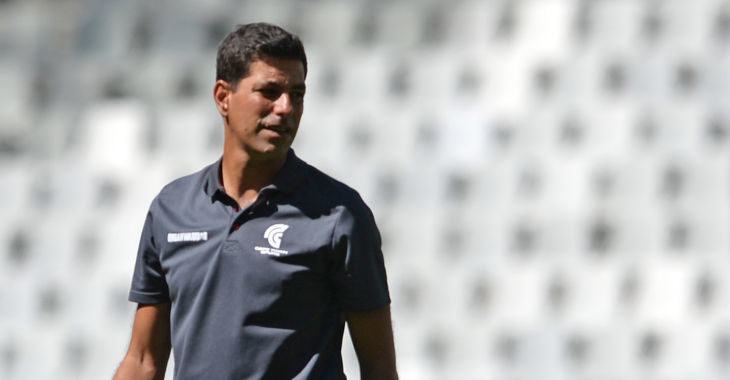 We caught up with Cape Town Spurs head coach Ian Taylor ahead of Tuesday’s 2020-21 GladAfrica Championship match away to Pretoria Callies.

Kick-off at Lucas Moripe Stadium is set for 15h30 CAT.

Spurs head into the match in bottom spot on the league standings. The Urban Warriors opened the scoring at home to Sekhukhune United on Saturday but ultimately slumped to a 4-1 defeat. Callies, who were promoted from the ABC Motsepe League at the end of last season, are unbeaten in five matches.

The team has conceded a league high of 20 goals and scored a league low of nine goals, which area is more problematic at this point in time, attack or defence?

IT: Definitely the defending part. We need to keep a clean sheet so that we’re always in the game, especially away from home where one point is better than none. I think it will also increase the confidence when we stop conceding a little bit. Conceding is a mixture of bad defending but also careless mistakes and trying to overplay in certain areas – so, we need to be aware of where we want to play.

How tough was that loss to Sekhukhune to take considering Spurs opened the scoring for the umpteenth time this season only to lose / drop points? (Editor’s Note: Spurs have dropped 12 points from winning positions this season)

IT: That is down to poor game management. Experienced players in the team not taking full responsibility of coaching during the game and managing situations in the game where you allow the opposition to get on top of you and dictate.

You put yourself under pressure, they’re [the experienced players] are not organising the team in certain moments which eventually cost us in that game against Sekhukhune – it was 15 minutes of madness when they scored three goals with no one taking control of the game and showing leadership. Leadership is something we’re lacking at the moment, leadership and managing the game, that’s important.

How tough of an opponent will Callies be and will the team take confidence from their win at JDR Stars earlier this season?

IT: Yes, we’ve shown some good away form and picked up points away from home against some top teams. They’ve won four and drawn one – so they’re on a bit of a roll. But they’re a typical second division team, they play very direct, they play five at the back.

So, I always feel there’s a chance of winning a game – it doesn’t matter who we play in this league – it’s just that I think we were our own worst enemies (against Sekhukhune). I know there’s a lot of games left but we need to start turning the corner in certain aspects of our game.
Share Post: