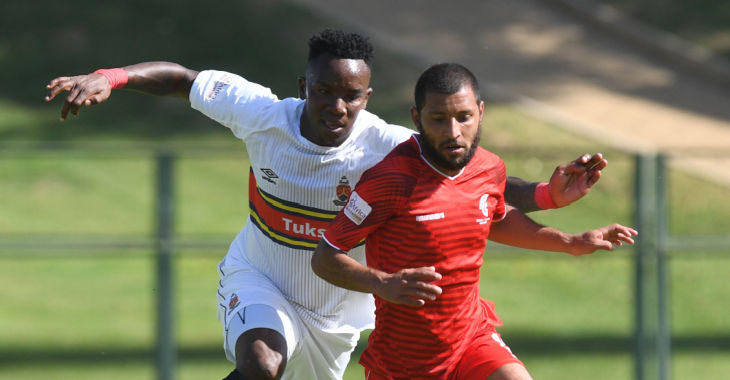 Cape Town Spurs suffered a 2-0 loss to Pretoria University in a 2020-21 GladAfrica Championship match at Tuks Stadium on Saturday.

Spurs beat Pretoria Callies on the outskirts of Tshwane earlier this week, but were unable to make it three wins on three trips to South Africa’s capital as AmaTuks ended their winless run in the division.

This hosts opened the scoring in the 35th minute through Mathuane Selotola who picked his spot after being teed up by Collins Mbesuma.

Spurs improved following the interval only for AmaTuks to double their lead via Sanele Barns in the 68th minute of the match, against the run of play.

AmaTuks’ second took all the steam out of the Urban Warriors who failed to conjure any noteworthy chances in the final exchanges on a disappointing day for the Cape club.