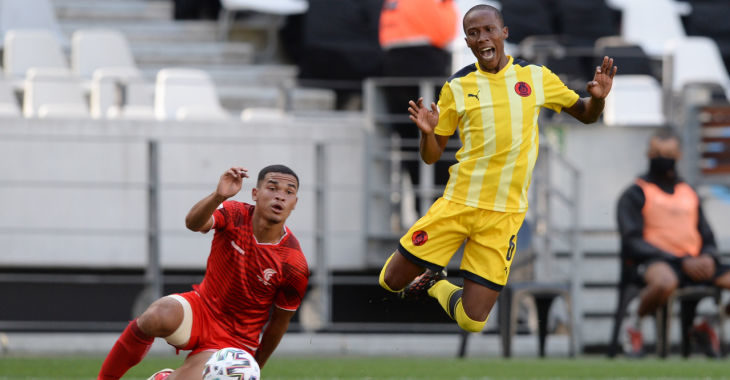 Cape Town Spurs will be eyeing a second straight win in the 2020-21 GladAfrica Championship with victory over Jomo Cosmos at Tsakane Stadium on Wednesday. Kick-off is at 15h00 CAT.

Spurs are unbeaten in four matches following a 1-0 over Sekhukhune United at Makhulong Stadium in Tembisa on Sunday.

“Massive win for us against Sekhukhune. Obviously they are chasing the league title, so there is a lot of pressure on them, I think it worked in our favour,” said Spurs head coach Ian Taylor in build-up to the midweek tie.

“To be honest, they were the better team and missed a lot of chances, but we stuck in there.

“Our goal was to get a clean sheet and the players delivered. It was a fantastic team effort and it was a great goal from Mpho (Kgaswane) to lead us to victory. It is a massive three points considering the other teams around us are also winning so it looks like it is going to be a dog fight until the end.”

“Again the aim for us is not to concede because we feel if we don’t concede we definitely have a chance of actually winning the game because we will grow with confidence the longer we go without conceding,” Taylor said.

“To be fair, we’ve looked very good without the ball in the last few games, our structure in defence has been really good. The players know their roles and responsibilities.

He added: “Winning brings a lot of confidence, it just lifts the mood but the players deserve it. They’ve worked really, really hard and I am very happy with what I’ve seen over the last three or four weeks. There is a lot more belief and the results are showing that.

“At last we’ve got a little bit of momentum and we need to build on that.”

Cosmos came from behind to claim a 2-1 win over the Urban Warriors in the reverse fixture in the Mother City earlier this season.