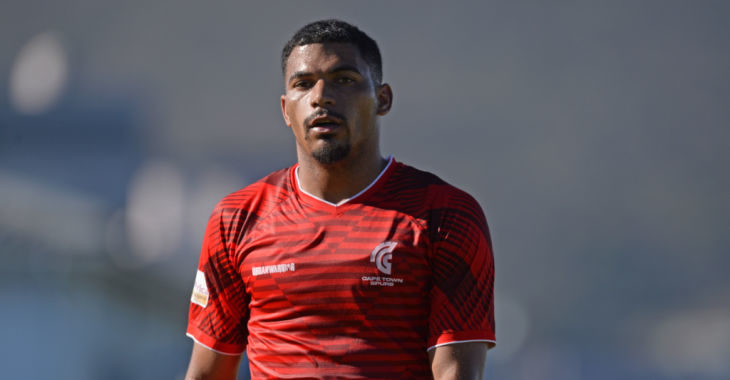 Toriq Losper has predicted a physical match against Cape United this weekend.

Cape Town Spurs host their crosstown rivals in a 2020-21 GladAfrica Championship match at Parow Park on Sunday. Kick-off is at 15h00 CAT.

The Urban Warriors returned to winning ways in the league with a 1-0 win over Cape Town All Stars on Wednesday. Junior Sibande scored the only goal of the match to lead Spurs up to 13th on the league standings,

“We are playing another derby on Sunday. A match I believe will be even tougher because they [Cape United] are a very physical team.

“It will be a fight for us and I’ve said as much to the boys so hopefully we can pick up another win. To win two Cape Town derbies in a row would be really good for us,” he added.

“We aren’t out of trouble just yet, but that said, the league is so tight this season that we can still make the play-off spots if we win our remaining games.

Cape United are unbeaten in six games going into the weekend but Losper is confident that Spurs can get a result if they take their chances.

“We just need to play the same way we have of late,” Losper said. “We’ve been playing good football and we just need to start taking our chances, that is the only thing keeping us back.

The 29-year-old midfielder returned to Ikamva in March and he’s eager to help lead Spurs back into the top-fight.

“I’ll always have a soft spot for the club and I’m here to help the team get back to where I feel they belong, the DStv Premiership,” he added.