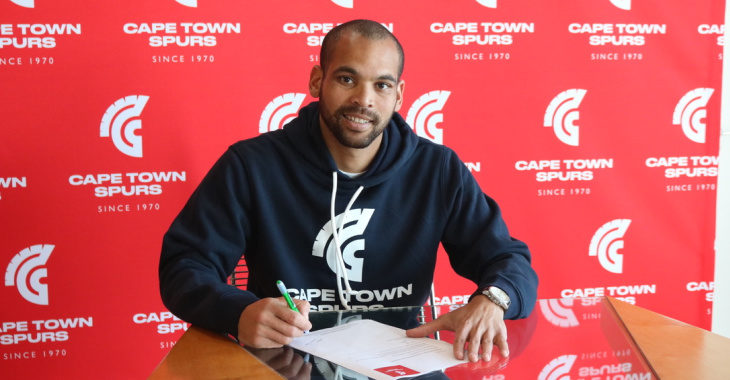 Cape Town Spurs are excited to announce the signing of defensive midfielder and our new No.6, Jarrod Moroole!
The former Stellenbosch FC captain signed with the Urban Warriors on Friday and is our first new recruit ahead of the 2021/22 GladAfrica Championship season.
Moroole, 29, is no stranger to Ikamva having featured for the club’s youth teams before going on to play for Old Mutual, FC Cape Town, Vasco, Stellenbosch FC and most recently Cape Town All Stars.
He helped Stellies win promotion in 2019 and played 17 times for them in the DStv Premiership. Moroole ended last season on a high, winning the man-of-the-match award in what proved to be his final game for All Stars, a 1-1 draw at Royal AM.
“It has been a good journey, I’ve been to many clubs over the years but this is where it all started. It’s good to be back,” said Moroole.
“I was here in 1999 when Cape Town Spurs and Seven Stars merged to form Ajax Cape Town. I was here for seven years. My foundation phase was really good, I was able to build good technical attributes which is very important. In life it is important to have a good foundation.
“It is very good to be back at Ikamva.
“I would like to help Spurs back into the Premiership. Spurs have to be back playing in the top-flight. We need to get the team promoted; back to where the club belongs,” he added.
#CapeTownSpurs
Squad update, New signing
Share Post: