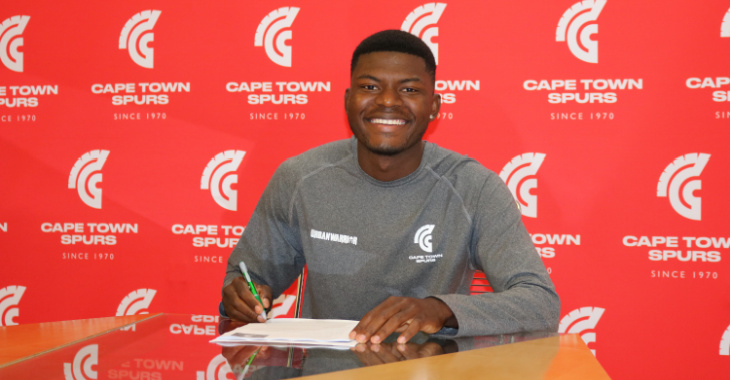 The 21-year-old Angolan, who represented his country at the 2017 U17 Africa Cup of Nations in Gabon, has joined the Urban Warriors from GladAfrica Championship rivals Royal AM.

Moisés is a versatile midfielder who can also operate at both left and right-back.

“I need to work hard every day,” he said on his arrival at Ikvama. “My goal is to play in the DStv Premiership and I hope to help Spurs win promotion so we can achieve that goal together.”

He is the club’s third signing of the current transfer window following the acquisition of Jarrod Moroole and Colin Ryan.