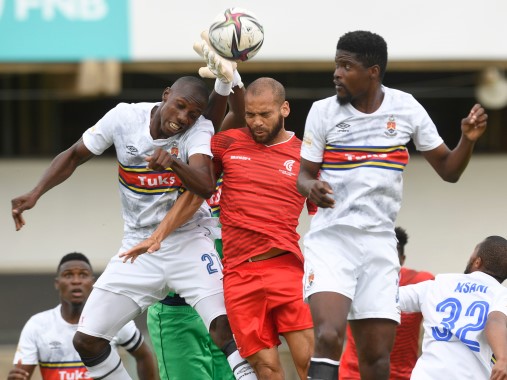 Cape Town Spurs lost 4-2 to the University of Pretoria in a 2021/22 GladAfrica Championship match at Tuks Stadium on Wednesday.

The Urban Warriors took the lead on two occasions, but couldn’t hold on for all three points in Shaun Bartlett’s first game in charge of the club.

Spurs started the match well and were duly rewarded in the 19th minute. Diassonama Bunga brushed off his marker before teeing up Jarrod Moroole, who fired a low shot into the corner of the net from the edge of the area.

AmaTuks pulled level in the 32nd minute but Chumani Butsaka restored the visitors lead with a stunning volley from a pin-point Asanele Velebayi cross two minutes after the break.

A defensive error gifted the hosts an immediate equaliser and two further goals in quick succession took the life out of Spurs.