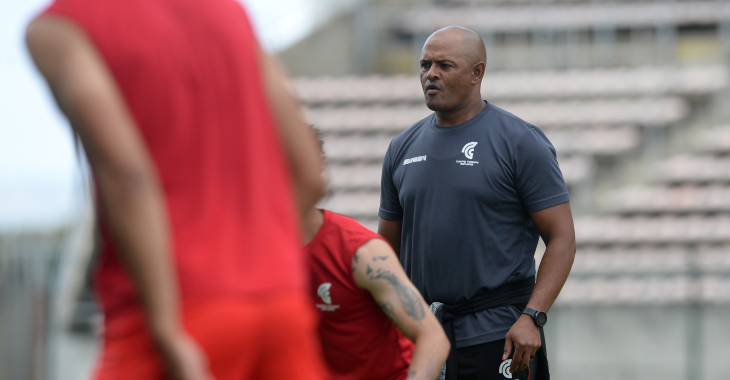 Cape Town Spurs head coach Shaun Bartlett insists the club has everything it needs to return to the top tier of South African football after a four-year absence.

The former Urban Warriors striker returned to his roots in October 2021 when he replaced Dylan Dean at the helm and made an immediate impact on the team.

Bartlett’s side went on to win three of their next eight league matches, which included a five-game unbeaten run to close out the first half of the campaign.

Spurs entered the mid-season break 11th in the table, having collected 20 points from their opening 17 fixtures and they kick off 2022 with a clash against TS Sporting on February 19 at the Kabokweni Stadium.

Bartlett is targeting a return to the DStv Premiership and wants to get fans on board again by instilling a winning culture.

“Obviously it was quite emotional coming back to where everything started for me and now to manage the club,” he told eNCA recently. “When I took the job everybody was (saying), ‘why is he going there, it’s a big challenge’.

“But I saw what we have as far as players were concerned and I think there is enough quality and ability here for the club to progress and get to the level that it belongs, which is PSL.

“So I think it’s for the players to understand what I’m trying to get from them, but more importantly is what they demand from themselves, as professionals that’s what they should be doing.”

He added: “I remember my first day I walked in it’s like they couldn’t believe who was actually walking in so for me obviously I think the respect that myself and the other coaches get from the players is awesome, but the players also know what type of coach I am now, what do I demand on the field and off the field.

“Coming back it’s obviously getting that culture back of the club and getting back the fanbase as well.”