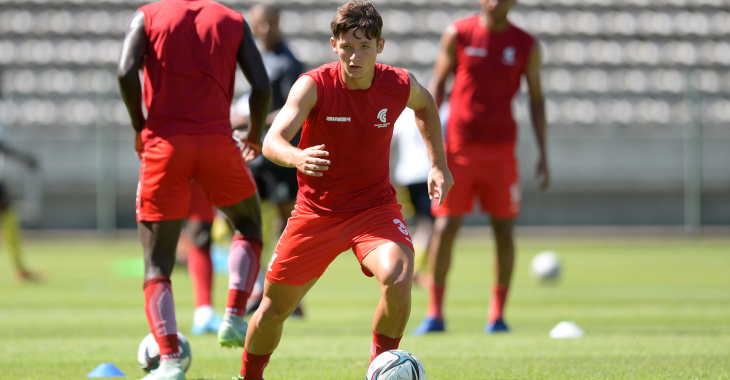 Cape Town Spurs head coach Shaun Bartlett has urged Liam Bern to go on and realise his potential after the youngster signed his first professional contract with the club on Monday.

The academy product broke into the first team not long after Bartlett’s arrival at Spurs and has gone on to make seven appearances in the GladAfrica Championship prior to being signed on.

Bern was handed his fifth start of the season in the 1-0 win over Pretoria Callies last week and Bartlett believes the 19-year-old defender will continue to grow as long as he applies himself on a daily basis.

“It’s always great and a dream come true when Academy players make it to the first team. Liam has shown true professionalism since I have arrived hence him signing his first professional contract is no surprise,” the coach said.

“I have also told him that he needs to ensure every day that he makes his potential a reality with the right attitude and discipline necessary.”

Bartlett gave the teenager his big break against Cape Town All Stars on October 31 as the derby spoils were shared following a 1-1 draw.

The former Urban Warriors striker says Bern’s ability to execute instructions from the coaching staff played a massive part in him making the step up to the first team.

“Application and taking instructions are big parts of players understanding their roles and responsibilities in their positions,” he added. “Liam has the knowledge and capabilities to improve on a daily basis still being so young also.”