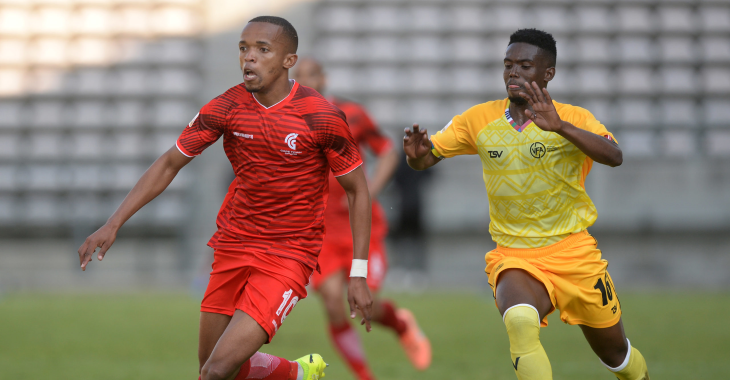 Cape Town Spurs will be targeting back-to-back victories for the first time this season when they face Venda Football Academy at the Thohoyandou Stadium on Tuesday (3pm kick-off).

It was also a 10th clean sheet in 24 games for the Urban Warriors, who moved up to 11th place in the GladAfrica Championship standings on 28 points, six adrift the top eight.

The coach expects another stern test against the Limpopo outfit, who held Spurs to a goalless draw in the reverse fixture on August 22 in the Mother City.

But he’s determined to return from the long journey to the north-east of the country with maximum points to build momentum for the remaining five games of the season, three of which are against clubs in the top six.

“We know it’s going to be a tough game, it’s a team that’s been very consistent throughout the season,” Bartlett said ahead of the trip to Limpopo.

“They’re very defensive, they do not concede a lot of goals so for us as a team has been to train and practice certain attacking options as to how we can possibly open Venda Football Academy.

“The result for us against Callies was good in a sense where it wasn’t at home but also to really kickstart the last part of the season, which is very important for us to climb up further on that league table.

“Keeping a clean sheet always goes a long way and I think that’s going to be a priority again against Venda, making sure we do not concede to give ourselves a chance of actually getting a result.

“It’s never nice to go so far and not get anything out of it so we’re going to try everything possible to make sure that we get points out of this game.”

Johnny Ferreira’s team extended their unbeaten run in the league to four outings with the 0-0 draw against Platinum City Rovers on April 2.

VFA are in the mix for promotion as they trail league leaders Richards Bay by five points in fourth position, although Spurs will be looking to dent their title challenge in midweek.