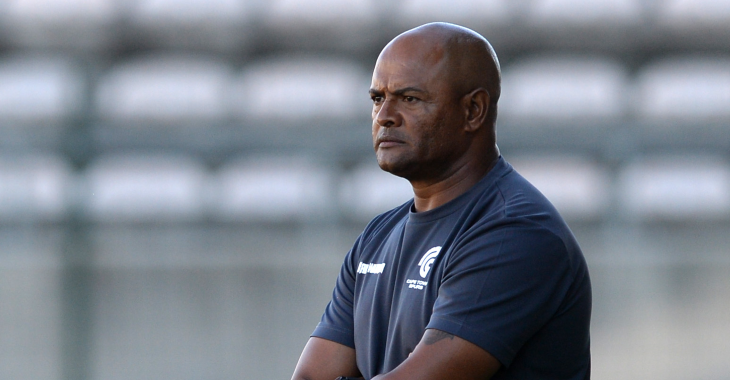 The Urban Warriors bossed proceedings in the first half as they played with the wind at their backs and went into the break ahead after Chumani Butsaka broke the deadlock in the 43rd minute.

However, VFA managed to get a foothold in the game after the restart as they benefitted from the conditions to draw level through Kgothatso Mariba on 55 minutes.

Bartlett felt Spurs could have gone on to register back-to-back wins for the first time this season had his players taken the chances that came their way in the second half, but he was happy to claim a point on the road.

“I think we started the game really well, we dominated the first 45 minutes,” the coach said. “Obviously, similar to when you play at Athlone with the conditions, it was a bit windy so playing with the wind in the first half gave us an advantage.

“We pressed them quite high and obviously benefitted with the set-play when we scored to give us some sort of advantage going into half-time, but we knew second half they’ll be coming at us and they made of couple of changes.

“We had our backs against the wall and they forced us back quite a bit so it was definitely a game of two halves, where both teams dominated each half, but I think we did enough in the second half also to create a few more opportunities.

“But we just couldn’t convert and stay calm in that final third. It’s always difficult to go to Venda Football Academy. They’ve shown this season that they’re quite organised structurally, only conceding 17 goals in 25 games which shows they are well capable of sitting back and defending.

“But I think for us, the fact that we were looking to go back-to-back wins for the first time this season which we haven’t done, although a point on the road is always good.”

Spurs are next in action against Polokwane City at Athlone Stadium on Friday evening, where they will be looking to keep building momentum after going unbeaten in their last two GladAfrica Championship encounters.