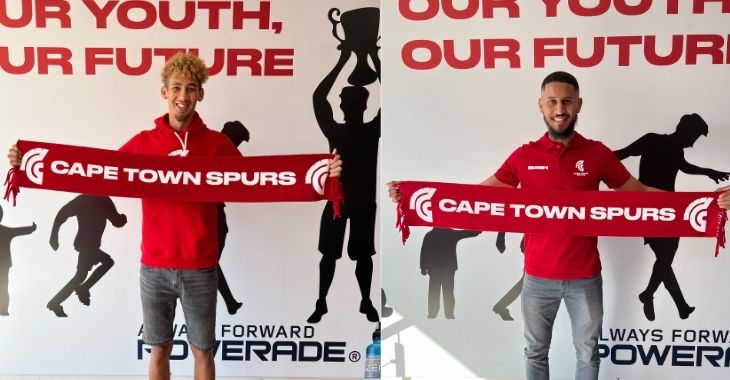 Cape Town Spurs would like to welcome Maurice Finck and Therlo Moosa to the club after they became the latest two additions to Shaun Bartlett’s squad.

The pair join fellow new arrivals Clayton Daniels and Michael Morton at Ikamva ahead of the new season, which kicks off on the third weekend of August.

The 24-year-old centre-back, who was previously on the books of Free State Stars, further strengthens Spurs’ backline after Thendo Mukumela was sold to AmaZulu last month.

Meanwhile, Moosa has been signed on the back of an impressive season for Glendene United, where he scored 19 goals in the ABC Motsepe League.

The 28-year-old striker came up through the youth ranks at Mamelodi Sundowns, but returned to Cape Town after failing to break into their first-team set-up.

He played for Vasco Da Gama, Hellenic, Milano United and The Magic before ending up at Glendene in July 2020.

Both players impressed Bartlett during a trial period towards the end of last term to earn themselves permanent deals with the Urban Warriors.